In October of 2015, Judlau-White JV LLC was awarded and began work on MassDOT project 85015, which involved  the replacement of the Woods Memorial Bridge and the bridge over the MBTA railroad on Route 16 in Everett and Medford.  The project’s awarded value is $70,789,588.90 and has a contractual completion date of April 5, 2020.  The scope of work includes complete demolition and reconstruction of both bridges and installation of new utilities, sidewalks, median barrier, landscaping and full depth pavement along a half mile section of Route 16 and associated ramps.  This work was to be completed over the course of six stages: the first three stages involved complete phased demolition and reconstruction of the bridges from north to south, while the last three stages called for installation of shrubbery, median barrier, north sidewalks and islands at the on and off ramps. The project is currently in the latter three stages, with all substructure and superstructure work for the two bridges complete.

Some of the challenges facing the project team were heavy traffic (thus limiting times for lane closures), maintenance of existing bridges prior to demolition, work over the Malden River and MBTA tracks and the quantity of piles to be driven.  The project was allotted six 53-hour weekend shutdowns of the MBTA and commuter rail to complete demolition and steel erection, all of which were completed without issue and in before the 53 hour deadline.  The project team was able to overcome and accelerate the project schedule by reordering and combining phases, strategically scheduling work that could be completed during winter months and altering Woods Memorial Bridge site egress.  These actions have resulted in the project trending towards a completion date over a year in advance of the original April 2020 goal. The Judlau-White JV LLC project team consists of Craig Bateman, Michael Miller and Andy Reid of D.W. White and Kevin Eagers and Jaclyn Henry of Judlau Contracting. 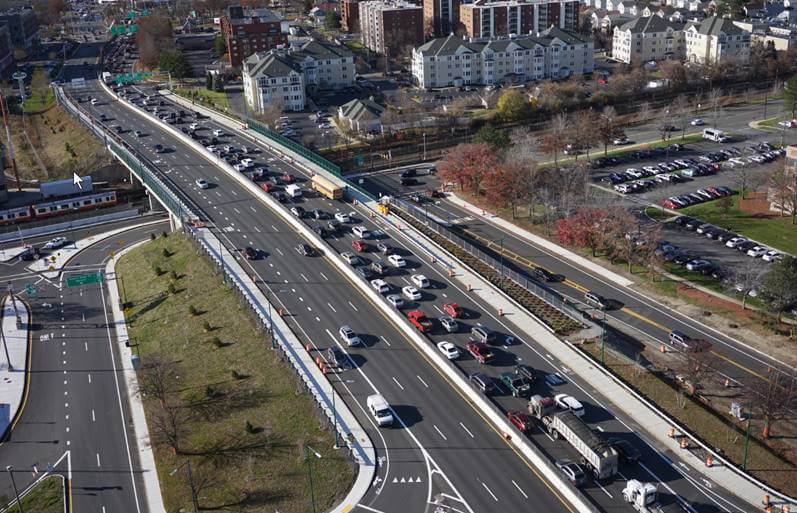